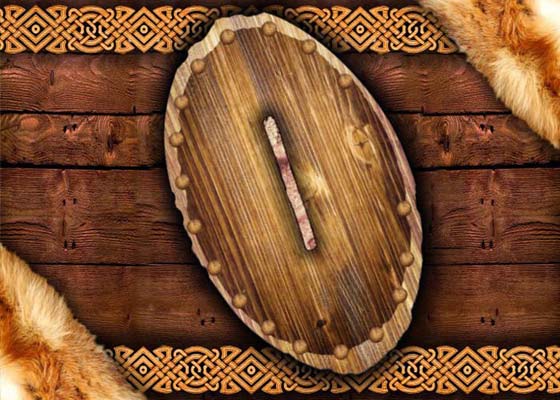 Name of the runes: Isa

The main meaning of the runes Isa – Freezing. Shackle.

Allegorical meaning of the rune Isa – a pause before the period happiness of your life.

Rune Isa at the beginig its literal meaning was:

Challenge or frustration. Psychological obstacles to thought or action, including resentment. Stop, or time to turn inward and wait for what’s to come or seek clarity. This rune enhances the runes around it. What is holding you back? Lethargy. What is constraining you? Blocks, stultified conditions, grievances, the formation of the personality, conditioning.

The Rune Isa has not reversed (inverted) position.

The meaning of the rune Isa can be also in opposition to other symbols of the runic layout at rune reading.

Rune Isa reading meaning. The meaning of the rune Isa at divination:

Rune Isa – the rune of ice. Rune of death. Rune symbolizes stop motion, freeze all processes, stop growth, the obstacle of growth until death. With another the sides of the rune Isa in their meaning when interpreted may to signal a preservation period in the inviolability, crystallization of the spiritual and material.

Relax and wait until the ice flow retreats. Do not worry, that is stronger than you, wait, and spring will come to your life again. Do not start a new business, postpone your activity in to a groups, for the implementation of your plans wait for a more favorable time. Doing nothing can lead you to depression. Your affairs are confused, some of them seem meaningless to you. Do not knock on the closed door, do not make sharp movements. You only need to be patient. You just need to wait. 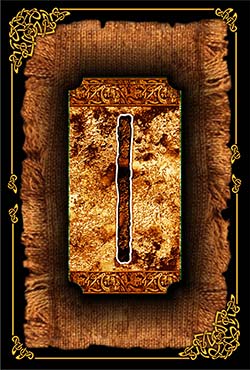 Rune Isa. Interpretation in divination, the meaning of the Rune Isa, in the interpretation of its meaning – the rune of the elements of ice and cold, rune stop, rune of blockage. And at the same time it is the rune of the life-giving force. This rune is always implies a barrier that is better not to overcome. She recommends inaction.

Interpretation of the meaning of the rune Isa in divination for love or relations.

If in rune scenario, when divination on relationships and love, the rune Isa fell out, rather of all, it is necessary to “freeze” the situation, which is still recently interesting for you. Allow your relationship or feelings to ripen and get the result in time. A pause in the situation is provided to you and your partner to rethink the established order of your relationship, recover. You may feel lonely, with limited opportunities. Rune Isa of the runes on the relationship and love can also be interpreted as completely negative – the cooling of the feelings, they have gone too far to save them. If so, then it is better to return to other promising causes or relationships, that bring satisfaction. Nothing happens for nothing.

More about the meaning of the rune Isa

The main theses. In your current situation, you can compare with the growth of plants in the ground, before the appearance of a germ at the surface of the earth. If you do not see the results, it does not mean that they are not applied. Spring is already on the threshold, and success will not force, wait a long time! Calm and forced passivity can result in apathy and depression. Your mental activity is not useful now, things are completely confused, some even seem meaningless. Current calm in affairs or relationships with people does not mean the presence of trouble. The appearance of the rune Isa can mean unpleasant, but not particularly important for the general development in the of loss. Circumstances may not put pressure on you, but still, there is no desired result, and the implementation of plans is postponed.

The deeper interpretation of the rune Isa . Inner content of rune Isa meaning.

The period of hidden maturation, which precedes the birth. Activity, activity frozen by ice, implementation of plans suspended. The ice will melt at thaw, and it means you need to let go of your grip, relax, allow the state of numbness to change the state of motion. This period of power is in submission, in apparent weaknesses. In fact, it is a time of wisdom and courage. Comprehensive period deep update and restore. Visible suspension of any movement – in fact, the necessary delay for further qualitative development. Because ice, like a fire, is one of those natural elements in which interaction leads to being the whole world.

The additional interpret of the Isa rune meaning.

Everything is ahead, the ice will turn into water. This is a time that allows everything that is not needed to settle down on the bottom and after time to get rid of him. This period is like a stop between inhaling and exhaling, time to realize the change of states, and calmly and confidently get out of one state and enter another.

Development of resilience; “Freezing of circumstances”; getting time to rest; gives time to gain new strength; disarm anyone. Stop a few steps from success; ice. Passivity; lull; barriers; temporary stagnation in the implementation of plans; delay of performance dreams; restrictions. In general, your position can be described as a period of inconspicuous development, which precedes rebirth. People with an explosive temper, impatient, difficult for those who take damage in such periods of life. Without strong success, they perceive it as a failure and, undoubtedly, fall into depression. But you do not need to be sad and upset.

the use of the Isa rune in runic inscriptions, in the manufacture of rune amulets and talismans

application of the rune Isa

Application in the manufacture of rune amulets: To stop unwanted forces and processes

application of the rune Isa in the runic inscriptions:

Runa Isa meaning in the runic inscriptions: – For the development of resistance.

Runa Isa meaning in the runic inscriptions: – To “freeze” the circumstances in current position.

The meanings of the rune ISA in runic divinations are very interesting.

a little more about the meaning of the Isa rune

The meaning of the Isa rune. Let’s start, as usual, with the name of the symbol. Isa literally means “ice”. What comes to your mind when you imagine ice? Maybe it’s ice blocks-icebergs floating in the ocean, thin ice that appears in puddles in autumn, ice cubes in a glass with a cocktail, or rivers and lakes covered with an ice crust, the flow of which stopped for the winter? In fact, the meaning of the Isa rune includes all these associations at the same time. Now let’s take a closer look. Isa freezes any processes that a person asks about, both internal and external. But what exactly is freezing? This is a stop of the movement, but the stop is not eternal, but only temporary. Spring will come, the sun will come out, the ice will be melted, and the movement will resume. If a person asks the runes a question about the expediency of any action, Isa will always say that it is better to stop right now, press the “pause” button, since the time for activity is not the most suitable.

Isa rune in combination with other runes.

This combination says that the period of stagnation will not last long.

the heart of the chosen one is occupied by another (other).

symbolizes very powerful shields that protect this person from outside influences

there are practically no bright prospects, most likely, the union of two hearts will fall apart

a temporary pause in business, which will allow you to collect your thoughts and understand how to proceed further.