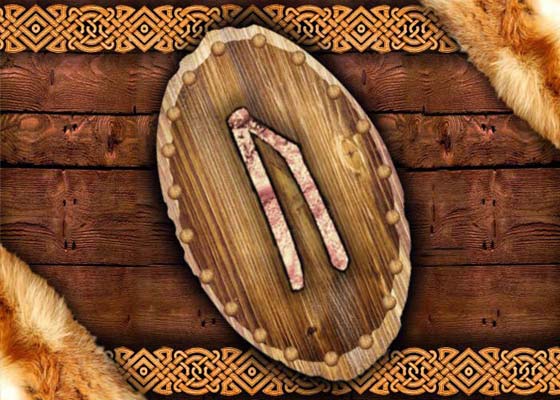 Name of the runes: Uruz

The main meaning of the runes is Uruz – the acquisition of a new form.

The old German name for the rune is Uruz: Uruz

Ancient Norse name for the meaning of the rune Uruz: URUR, new-Urokke

Anglo-Saxon name the meaning of the rune Uruz: Ur

Old Icelandic name the meaning of the rune Uruz: Uhr

Rune Uruz at the beginig its literal meaning was:

Rune Uruz is a symbol of the fact that everything comes to an end sooner or later, and something begins. The interpretation of the meaning of the rune Uruz is unequivocal: the end is always the beginning of a new one. The force has entered yours, which means changes are inevitable, since, where the movement of the force is, there is no stagnation. Remember, says the rune Uruz, that you need to learn not to create obstacles in motion – this is one of the tips of the sign. Rune Uruz can also speak of success, as a result of the operation of this Force. However, the main thing now – and this is the most important advice – to abandon the old form and allow (help) the force to create a new form for a new manifestation.

Besides, the meaning of the rune Uruz can be also in opposition to other symbols of the runic layout at rune reading.

Rune Uruz reading meaning. The meaning of the rune Uruz at divination:

Council of the runes Uruz.

Do not rest against the changes and strength that have entered your life, do not hold on to the usual and old. Use your efforts to support and accelerating these changes. Perhaps including your personal relationship will become object of change. Or there will be a reorganization of your business. 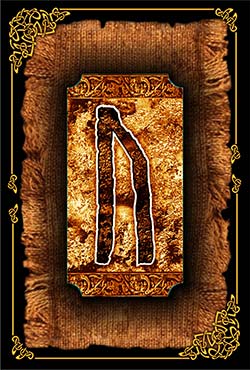 The interpretation of the meaning of the runes of Uruz in divination for love or relationship.

The appearance of the runes of Uruz in the layouts of love indicates that you have problems in shape expressing your own feelings, you are too pushy, your emotions are too active. It does not have a very good effect on relationships with partners, in the family, preventing mutual understanding. These violent manifestations are indicative of insecurity, strength, but not at all about the hot temperament and impulsiveness of your character. Rune Uruz can give you real inner strength – the opportunity to start to implement conceived plans.

More about the meaning of the rune Urus (Uruz)

Rune Uruz also warns that use of this force is allowed only bold, those who are not afraid of change, those who have the will to curb in time own passion and achieve success in the intended. Internal self-confidence, excitement, and perseverance in achieving goals are good qualities, but the rune is in the aspect of love and relations Uruz warns about their moderate manifestation Rune advises you, not to fan the fire, and light the steady and kind fire of personal relationships.

Rune Uruz, Urus (Uruz) tells you that the time has come for a change. No power interferes in your life, this force sweeps away everything in its path. It’s time for the birth of a new reality that does not need to be afraid. All the changes in your life favorable. Rune Uruz, Urus (Uruz) -symbolizes the end of the old life and the beginning of a new one. Perhaps you are in a kind of shock and fear. Around fog and cold. But ahead the birth of a new life has already begun, and in the future, you are waiting for new perspectives.

The deeper interpretation of the rune Uruz . Inner content of rune Uruz meaning.

The beginning of time. The potential of the new order, emerging within chaos. Can talk about the existence of an unorganized vital entity awaiting new formal incarnations. Rune Uruz, its main meaning is potential energy. Before anything is destined to gain being, it must be customized by intentions to existence in which forming something that initiates forces that make any new manifestation possible forms. Rune Uruz is the life energy of nature, waiting for new growth. Rune of energy, potential, any new venture. Inside this rune, together are the male and female components.

The additional interpret of the Uruz rune meaning.

Life processes, filled with new content, have outgrown their previous forms. These old forms are destined to disappear so that the manifestations of the new life can be realized in a certain new quality. Rune Uruz when appearing in the scenario is broadcasting – the changes that are currently taking place can be the impetus for experiencing the feeling within yourself. In fact, there is a loss of something, that is, strong emotional attachments, the experiences that your inner strength takes, part of your life. It is this part that you should return to yourself to be able to acquire a new attachment. You need to think about the continuity of cycles of death and rebirth, the endless cycle of care, and the return of entities. All that we are destined to experience, a middle and end, after which follow new beginnings. Therefore, you should not give up, diving on a dark bottom – being at a great depth, having reached the bottom, you can push off from it.

Initiating new with the help of willpower; well-being; health; treatment; support yourself in good “form”; attracting novelty in your life; strengthening or origin love and friendship; a woman gives femininity, a man – masculinity, including self-confidence. Rune Uruz, its meaning indicates success in the future, which is the result of the action in forces. Forces symbolize perseverance, fortune, the will to win.

the use of the Uruz rune in runic inscriptions, in the manufacture of rune amulets and talismans

application of the rune Uruz in the manufacture of rune amulets

The meaning of the rune Uruz in amulets and talismans: To restore and maintain good health.

application of the rune Uruz in the runic inscriptions:

The meaning of the runes Uruz in runeskripte: To strengthen love and friendship.

The meaning of the runes Uruz in runeskripte: To attract new perspectives into your life.

The meaning of the runes Uruz in runeskripte: To create new prosperous circumstances.

The meanings of the rune URUZ in runic divinations are very interesting.

a little more about the meaning of the Uruz rune

Runa Uruz – the main meaning and interpretation. In translation, the name of this symbol sounds like “strength”. But here it is important to realize that this is not an internal force, as, for example, in the eponymous Major Arcana of the Tarot, but external, natural, uncontrollable, alive. This power carries in itself deep transformations – regardless of whether a person is ready for them or not. The meaning of the Uruz rune can be compared with such natural phenomena as hurricanes, thunderstorms, floods, volcanic eruptions, earthquakes. We cannot influence them in any way, they are not subject to our desires. It will rain anyway when it should go, and he absolutely doesn’t care if we want it or not. All that can be done is to surrender to this force, to allow it to pass through oneself, not to resist, not to create obstacles.

It is important to understand that the meaning of the Uruz rune is not only strength but also the transformation that occurs when it wakes up. The rune destroys old forms, obsolete connections, everything that prevents us from developing and moving on. And we are afraid of this powerful symbol only because we do not like change. We are comfortable and good in that familiar world that we have created for ourselves, and we are afraid to go beyond it, and even more so to part with it forever. But sometimes it is extremely necessary. That’s when the rune comes in.

Rune Uruz in combination with other runes.

The combination reports too high expectations and says that he will not be able to appreciate the gift received.

The combination will talk about financial gain

You should not be afraid of any rivals, since the questioner is much stronger than them

the use of female power, such as pregnancy to keep a beloved man

The combination clearly indicates the desire to subordinate a person to his will, “crush” him with his love

The combination will talk about the excellent sexual compatibility of partners

This combination suggests that it is necessary to show determination