Inverted or reversed rune Perthro – often symbolizes a mistake in any occult experiments. You should not strive to get something for yourself, using magic for selfish purposes. The result can be the destruction of even what you have in the present moment. 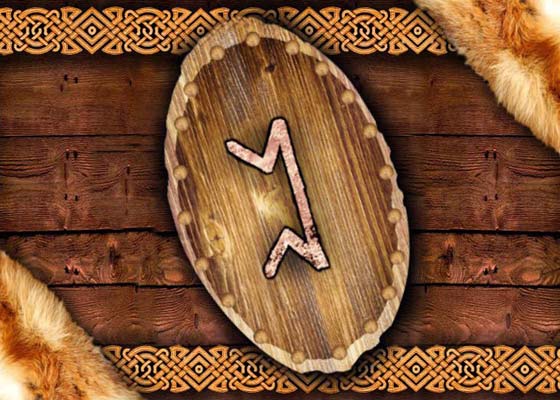 So, the main theses for the Perthro rune meaning in a reversed position in the interpretation of the runes in the layot of runic divination – stagnation; vulnerability; dependence; an offer you should refuse; malaise; degradation of the level of mood and health; loneliness.

Name of the rune: Perthro reversed

The main meaning of the rune in an inverted (reverse) position is a mystery.

The ancient German name, the meaning of the runes: Pertra (Perthro)

Old Norse name, the meaning of the runes: peru

Ancient Celtic name, the meaning of the runes: Pailt

Old Icelandic name, the meaning of the runes: Per or Plastur

Rune Perthro reversed, merkstav at the beginig its literal meaning was:

Most importantly, Perthro rune reversed at extended meaning defines as:

So, Rune Perthro reversed. In the upside-down position, the rune Perthro reversed speaks of the possibility of using secret knowledge for evil. Either someone does it near you, or you feel an inner desire to do it. Uncontrolled use of knowledge in the negative perspective will bring damage not only to the object of their application but also to you, as their source of origin. This is an interrelated process.

The inverted (reversed ) Perthro figuratively tells about that comes next step after the line. Now almost all people anyway, but are engaged in magic, manipulating each other, in an attempt to get what they want. These people are buried under a pile of fragments of their own conjectures and prejudices because modern man already knows very little about the existence of its own hidden features. But it will still strive to appropriate these treasures, to use them up, to load something else for its satisfaction. These manifestations are essentially meaningless. This is a pure form – of negative.

In the direct position, Perthro leads to the liberation from dogmatic doctrine, for the extraction of the living from the ossified shell, then the reverse reversed rune Perthro symbolically means the soul buried under layers of new prejudices and stupidities. When the rune Perthro (Perd, Perdhro) appears, a person has an urgent desire to stop and reconsider all his desires and motivations. Rune Perthro in the opposite position says that the time has come – there is no opportunity to close our eyes, ignore a cultivating soul.

Summarizing, we can say that the meaning of the reversed Perthro rune is unpleasant surprises, the collapse of plans, a streak of failures and obstacles, the reason for which for a person remains a mystery. But in fact, everything that happens to us under rune reversed Perthro is a consequence of the fact that we live wrong, do something wrong, follow the lead of some wrong stereotypes. But it will not be possible to realize this immediately, but then, after realizing, we will be able to evaluate everything that happened as an important and unique experience.

The Rune Perthro reversed indicates that you should prepare for troubles that are associated with emotional and sexual incompatibility with your current partner, as well as disappointment in those closest to you. Do not try to return to the past, as they say, you cannot enter the same river twice. Rune Perthro reversed says Your development will be hindered by futile attempts to return to the past. We all take full responsibility for our actions, good or bad. It’s time for a rethink.

a little more about the meaning of the Perthro reversed rune

Reversed Perthro is no less mystical and mysterious than direct, but its meaning is much darker. If under the direct rune we can still voluntarily accept the ongoing transition, then under the influence of the inverted one, it seems to us that we are in some kind of hopeless nightmare. Experiencing the direct rune, we get rid of the unnecessary through death of some internal attitudes and reach a new level, when the reverse symbol falls out, we do not understand and do not accept these changes, they seem to us to be a real disaster. We can say that the Higher Forces forcibly take away from us what we do not want to give, what we think we really need.

Rune Perthro reversed in combination with other runes.

Sometimes this combination comes when a person begins to practice practical magic or esotericism too early, not having mastered the theoretical part well enough, because of which he does something wrong

This is no longer even advice, but a direct warning: if a person acts unprofessional or shows negligence in solving a work issue, a mistake can lead to serious problems, including with the law

The additional interpret of the Perthro rune at reversed or inverted position meaning.

The additional meaning of the rune Perthro in an reversed position. “death of the past” 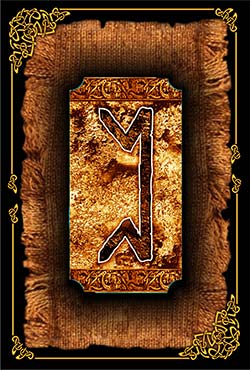 Do not try to return to the past, as they say, you will not enter the same river twice. Your development will be hampered by attempts to return to the past. We are all responsible for our actions, good or bad. It is time to rethink. Where is the truth? What is life? But where to find the answers and what to do next, you do not have a clue. Try to live for today. Do not hide in the past, it would not help you. Your new lifestyle will change with the present. Relax. The emergence of a new world is a rather delicate process, so one should not rush it, or better still, just not interfere. The fate of each is in their own hands.

The past is gone, and the future is not known. You are confused to observe the happiness of others, having no relation to it. Inverted rune Perthro indicates that you should prepare for the troubles that are associated with emotional and sexual incompatibility with the current partner, as well as disappointment in the closest people.

The meanings of the Rune Perthro reversed in runic divinations are very interesting.

If we recall the connection of the symbol with the occult world and secret knowledge, we can deduce the second meaning of the inverted Perthro rune – these are magical errors. Another meaning of the reversed Perthro rune is advice to be careful in monetary transactions, especially if a person’s work is directly related to business or financial issues (accountants, real estate agents, bank employees, businessmen). The meaning of the Perthro rune in love and relationships, if it appeared in an inverted position, is always a hiding of some information, which, most likely, will lead to sad consequences for the couple.

The Rune Perthro in its non reversed, normal (forward) meaning always has a more positive connotation